CHEYENNE October 21, 2015 -- Outpost Provisioning has been selected for the 2015 Best of Cheyenne Award in the Investment Management category by the Cheyenne Award Program.

The Cheyenne Award Program is an annual awards program honoring the achievements and accomplishments of local businesses throughout the Cheyenne area. Recognition is given to those companies that have shown the ability to use their best practices and implemented programs to generate competitive advantages and long-term value.


DENVER (AP) — Colorado's attempt to create a bank to service its marijuana industry has suffered another setback by the federal government and could be facing an impossible dilemma.

The Federal Reserve — the guardian of the U.S. banking system — said in a court filing Wednesday that it doesn't intend to accept a penny connected to the sale of pot because the drug remains illegal under federal law.

The stance appears to mark a shift in the position of the federal government. Last year, the U.S. Treasury Department issued rules for how banks can accept pot money.

"We're frustrated," said Andrew Freedman, director of marijuana coordination for Colorado Gov. John Hickenlooper. "We tried to do the most with the building blocks of instructions they sent us, set up the most rigorous solution. And we still are left with confusion."

The filing came in a legal battle between the Federal Reserve and the would-be Fourth Corner Credit Union, which was set up last year to serve Colorado's $700 million-a-year marijuana industry.

The credit union can't open without clearance from the Federal Reserve, which said in its filing that "transporting or transmitting funds known to have derived from the distribution of marijuana is illegal."

The credit union then needed permission from the Federal Reserve to access the national banking system and perform electronic transactions. No dice.

The credit union now wants a federal judge to step in and order the Federal Reserve to change its mind.

"It's a phenomenal question about executive action," said Peter Conti-Brown, a lawyer and banking historian at the University of Pennsylvania who is following the case.

On one hand, the Federal Reserve is standing in the way of the stated goal of the Treasury Department to "enhance the availability of financial services for, and the financial transparency of, marijuana-related businesses."

But by allowing pot industry money to mingle with funds from other national commerce, the Federal Reserve would be removing one of the final barriers to marijuana acceptance.

The federal government could hardly claim to consider weed illegal if its own banking system allows marijuana proceeds in the national banking system.

The Federal Reserve said in the latest filing that bankers won't be led away in handcuffs for taking marijuana money, but they don't have the right to put that money in the Federal Reserve.

By pushing for approval from the Federal Reserve, it was "as if Colorado enacted a scheme to allow trade in endangered species or trade with North Korea," the filing says.

The mixed signals have left Colorado's marijuana industry in a bind. Many shops still operate in cash, unable to accept credit cards or make other electronic transactions.

"We're still a Schedule I narcotic at the federal level," said Tyler Henson of the Colorado Cannabis Chamber of Commerce, which represents pot growers and retailers. "We can provide every Band-Aid imaginable at the state level, but until the federal government acts on this, we're stuck."

Deirdra A. O'Gorman, CEO of the still-unopened credit union, said she's more optimistic. A Federal Reserve account does not mean it is legitimizing an illegal industry, she said.

"We'll be able to figure this out sooner rather than later," O'Gorman said.

Conti-Brown, the banking expert, is doubtful. "I don't think the lawsuit is going to go anywhere," he said.

The presiding judge in the case, U.S. District Judge R. Brooke Jackson in Denver, has given no indication when he'll decide whether to hear the complaint filed by Fourth Corner.

By KRISTEN WYATT, Associated Press
Posted by OIW Trust Associates LLC at 11:46 AM No comments:

If it moves, you can track it in real time GPS and locate it instantly from anywhere in the world on your mobile phone

Use It or Lose It! 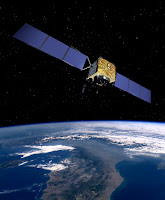 Our entry into the tracking segment of our business came out of internal needs for low-cost tracking solutions to support our protection services and overwatch on materiel convoys and pipeline construction sites by our civilian contractors in Iraq and Nigeria.

Logistics begins as a nightmare and grows worse by the hour with hijackings (and IED's). The GUG-18VT system with T-Mobile service became a solution for us in Iraq and Nigeria and it continues to be today.

If it moves, you can track it in real time GPS and locate it instantly from anywhere in the world. Monitor a single vehicle or an entire fleet: track watercraft l trailers & equipment l agriculture machinery l inventory as it moves through your supply chain l quickly locate and recover assets when their location is unknown or their movement is unauthorized.
Monitoring Children, Elderly and Alzheimer Patients or Vulnerable Family Members becomes much easier and effective with the use of use of the Geo Fence feature that allows you to receive alerts via SMS text messages when they wander outside a preset distance or location up to 1500 feet.

Pets are family and when they decide to go on a "walk-about" our GPS Pet Tracker will locate them real-time within about 10-30 feet, and Geo Fence settings will alert you via SMS text messages when they wander outside a preset distance or location.

Posted by OIW Trust Associates LLC at 10:02 AM No comments: