End-of-Mission press releases include statements of IMF staff teams that convey preliminary findings after a visit to a country. The views expressed in this statement are those of the IMF staff and do not necessarily represent the views of the IMF’s Executive Board. Based on the preliminary findings of this mission, staff will prepare a report that, subject to management approval, will be presented to the IMF's Executive Board for discussion and decision.


An International Monetary Fund (IMF) team led by Gavin Gray visited Amman from April 26 to May 2, to hold discussions with the Iraqi authorities in the context of the 2019 Article IV Consultation. At the end of the visit, Mr. Gray made the following statement:

“The end of the war with ISIS and a rebound in oil prices provide an opportunity to rebuild the country and address long-standing socio-economic needs. However, the challenges to achieving these objectives are formidable. The economic recovery has been sluggish, post-war reconstruction is limited, and large current spending increases risk placing the public finances and central bank reserves on an unsustainable path. Moreover, combatting corruption is critical to promote the effectiveness of public institutions and to support private-sector investment and job creation.

“Near-term vulnerabilities subsided in 2018, with the budget in surplus and a build-up in central bank reserves. Non-oil growth is expected to increase to 5.4 percent in 2019 on the back of higher investment spending. However, fiscal deficits are projected to rise over the medium term, requiring financing that may crowd out the private sector or erode central bank reserves. In these circumstances, it would be hard to sustain capital spending, and growth would slow markedly.

“Fiscal policy should aim to scale up public investment gradually while building fiscal buffers. To make space for this, staff recommends budgetary savings of around 9 percent of GDP over the medium term through tight control of current spending, particularly public-sector wages, and phased measures to boost non-oil revenue. Setting ceilings on current expenditure in the 2020 budget onwards would strengthen the fiscal framework’s capacity to support higher capital spending and to adapt to oil price shocks. Key reforms should include:
“In the financial sector, a robust plan to restructure the large public banks coupled with enhanced supervision is essential to secure financial stability and will help promote financial development and inclusion. Strengthening anti-money laundering and countering financing terrorism (AML/CFT) controls and oversight will help prevent Iraq’s financial sector from being misused for the laundering of criminal proceeds and terrorist financing.

“Addressing governance weaknesses and corruption vulnerabilities is critical to achieving the described policy objectives. As a first step, the authorities need to develop a comprehensive understanding of the corruption risks present in Iraq and then implement policies to tackle these risks in a coherent and coordinated manner. The legislative framework needs to be strengthened to effectively prevent officials from abusing their position or misusing state resources. To this end, laws strengthening the asset declaration regime and criminalizing illicit gains should be rapidly adopted. Furthermore, the independence and integrity of bodies involved in combatting corruption should be ensured and the AML/CFT regime should be mobilized to support anti-corruption efforts.
“The team will prepare a report that, subject to management approval, is tentatively scheduled to be considered by the IMF’s Executive Board in July 2019.

“The IMF team would like to thank the authorities for the candid and constructive discussions during this visit.”

Posted by OIW Trust Associates LLC at 6:58 AM No comments:

Iraqi crude exports jump to near-record levels in May

The federal government and KRG both increased their oil sales, combining for the second-highest monthly export average that Iraq has ever posted. Iraqi oil exports from both the federal government and the autonomous Kurdistan Regional Government (KRG) increased in May, combining for 4.086 million barrels per day (bpd) – the second-highest monthly average ever.

The federal government reported selling an average 3.572 million bpd – a more than 3 percent increase from April – commanding an average sale price of $66.683 per barrel and earning $7.384 billion, the largest monthly haul since last October.

Limited liability companies are business structures legally distinct from their owners. To form an LLC, you file articles of organization with your secretary of state. LLC owners are called members. A dual LLC refers to a dual class LLC, which is a proposed Internal Revenue Service designation for a business that organizes as a multi-member LLC then defaults to tax treatment as a partnership.

A dual class LLC got its name because it offers two classes of membership interests. A dual class allows members of LLCs who default to tax treatment as a general partnership to avoid self-employment taxes. Under this proposed IRS rule, your LLC’s general members are subject to self employment taxes but its limited partners are not. Instead, your LLC’s non-managing members enjoy taxation similar to that of S corporation shareholders.

Congress never finalized this IRS rule therefore the dual class LLC rule is not in effect. The IRS’ general stance is if taxpayers comply with the most recent proposed rules, limited members will avoid IRS difficulties regarding any self-employment tax avoidance. Without a finalized rule, the IRS ultimately determines who is or is not considered a passive member from a tax perspective. Therefore, if you are an LLC member with elimination of self-employment taxes as your goal, consider consulting with an experienced LLC business service specialist and CPA to properly structure your dual class LLC.

Snake River Homes, LLC is a newly formed residential development firm with five members that chooses to operate as a dual class LLC. Two members are managing members, active in running the business. The other three members are passive members who simply contributed money to the LLC for investment purposes. The operating agreement that clearly designates two class levels, general and limited, and defines the responsibilities and rules governing each. The two general members contribute $20,000 each and agree to provide services worth $60,000 the first year. The three limited members contribute $80,000 in cash. The two general members will be subject to self-employment tax because of their involvement in the business but the three limited partners would not.

Posted by OIW Trust Associates LLC at 10:25 AM No comments: 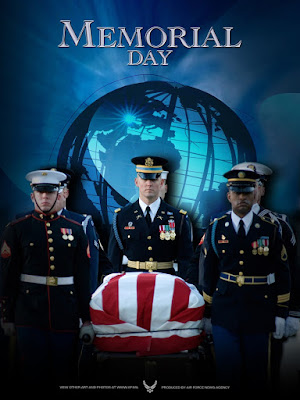 Posted by OIW Trust Associates LLC at 7:20 AM No comments:

Iraq will soon finalize a large-scale, long-term deal for the development of oil fields in the South with Exxon and PetroChina. The 30-year contract will involve investments of US$53 billion and potential returns for Baghdad of as much as US$400 billion over its lifetime, Prime Minister Adel Abdul Mahdi told media this week.
The deal has been in the making for four years and will involve the development of two oil fields in southern Iraq—Nahr Bin Umar and Artawi—and the construction of water supply infrastructure to southern fields in order to keep their production steady. As a result of the project, the combined production of Nahr Bin Umar and Artawi should hit half a million barrels of oil daily, from 125,000 bpd today.


“Talks now between the oil ministry and Exxon Mobil and PetroChina are focused on how to split profits if oil prices rise or decline,” Abdul Mahdi told Reuters in response to a question regarding a potential date for the finalization of the contract.
Iraq, OPEC’s second-largest oil exporter, has made no secret of its plans to considerably increase its oil production rates, despite the two OPEC+ production cut agreements, during which Iraq never really hit its allocated production quota. Raising production in the long term will be challenging, as an IHS Markit report from last year suggested, so the Exxon-PetroChina deal should be a very welcome development.
Iraq, the study noted, has a production capacity for 7 million bpd, but chances are its actual production will only grow marginally over the next decade, to about 5 million bpd, and not just because of the still difficult political and economic situation. Iraq’s oil industry has a purely technical problem: infrastructure and it is in this respect that the Exxon-PetroChina deal’s significance lies.
By Irina Slav - May 08, 2019, 3:00 PM CDT
Posted by OIW Trust Associates LLC at 5:29 AM No comments: 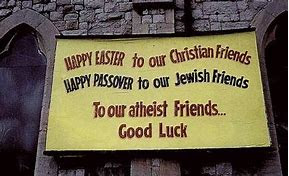 Posted by OIW Trust Associates LLC at 7:34 AM No comments:

The Iraqi parliament randomly amended the government's 2019 draft budget to include provisions that increase spending, a move that contravenes an agreement with the International Monetary Fund and that has led to threats of court challenges.

Salam Zidane is an Iraqi journalist specializing in economics. He has written for several local and international media sources such as Al-Jazeera and The New Arab.Read more: http://www.al-monitor.com/pulse/originals/2019/01/iraq-2019-budget-monetary-fund.html#ixzz5f90wNxWi
Posted by OIW Trust Associates LLC at 9:01 AM No comments:

Doug is the founder of Real Simple Realty and has a depth of real estate knowledge not often found in an individual. First obtaining a real estate license in 1994 as a student at the University of California, Davis, Doug has been involved in the real estate business in multiple sectors. Whether it was in sales, financing or affordable development, Doug has the experience necessary to be an asset to his clients. In addition, he has been awarded a patent, State and Federal grants in excess of $5 million and received start-up business funding from private investors. In his current position as a Real Estate Broker, he provides the guidance necessary for his clients to move seamlessly up the real estate ladder to financial success.

With the State of Wyoming and the assistance of OIW Trust Associates LLC, you can avoid Probate, insulate your assets and holdings from attachment and forfeiture, minimize state income tax on investment income, and insure that the fruits of your life-long labor go to the people that YOU choose.
Posted by OIW Trust Associates LLC at 7:03 AM No comments: